Jon worked at Board level in publishing and media businesses before turning full-time to coaching and consulting in 2002.
He specialises in leadership and team development in the cause of better working environments and more successful enterprises; long-term passions of his.
Jon’s clients have typically valued his practical experience as much as his coaching skills – he claims that it’s the former that earns him the right to practice the latter.
His approach is to help clients experience a sanctuary in which to reflect on their work and relationships and see them from a critical distance before determining fresh courses of action. These resolutions are tested and rehearsed in the safety of the coaching relationship until pipe dreams become probabilities.

After early and highly formative experience in diverse international markets, he was given his first leadership post in his mid twenties when he set up and ran an overseas subsidiary for Harlequin Corp – better known in the UK as the publishers of Mills & Boon. He served at Board level for more than a decade, running a number of businesses as managing director.

A turning point in Jon’s own executive development was his participation in The Leadership Trust’s acclaimed Leadership in Management week-long experiential programme in the late 1980s. Alongside his corporate work, Jon subsequently supported the work of The Trust as a visiting tutor and, more recently, as a course director.
In 2001, as a direct consequence of “9/11”, Jon was forced to take the conferences business he was running into administration. With the support of his family, and the coaching of his wife particularly, he decided to dedicate the rest of his career to “firing up and supporting people who want to make the most of their talent” and embarked upon the year long “Prometheus” coaching development programme at The Institute of Human Development.

Jon’s coaching is accredited by The Institute of Human Development. He is additionally accredited by Bath Consultancy Group as a Supervisor of coaches, mentors and consultants. He runs the coach development programme for The Leadership Trust and supervises that organisation’s coaching practice. He is additionally accredited by Richard Barrett Associates as a Corporate Transformation Tools consultant and by Genos International as a practitioner of their Emotional Intelligence Inventory. 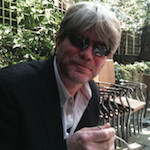 A once dedicated sportsman, these days Jon restricts himself to tennis and fighting the inevitable in the gym. He lives in Brighton with his wife and two daughters.